Saltmen lose out in Bewdley warm-up; U18s in stalemate - The Droitwich Standard

Saltmen lose out in Bewdley warm-up; U18s in stalemate 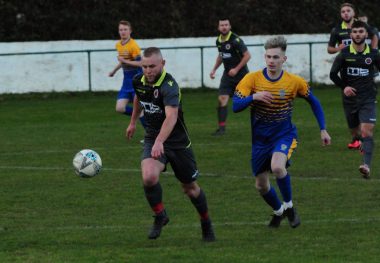 ANDY Crowther’s Droitwich Spa side were denied the chance to put right defeat in the first match under new management – after Tuesday night’s meeting with Stourport Swifts under-21s was called off.

The Saltmen were due to meet the Swifts at Walshes Meadow in midweek until news of a waterlogged pitch dashed hopes of a first home fixture since October, just three days after Spa returned to the pitch with a 3-1 friendly defeat at Bewdley Town.

With the club still preparing as usual for an expected return to West Midlands (Regional) Division One action on Boxing Day, Saturday’s friendly at Ribbesford Meadows against Premier Division opposition gave Droitwich a much-needed run out.

Appearing for the first time with Crowther at the helm – following the resignation of Mark Owen prior to the second national lockdown – Droitwich went behind on 12 minutes when Bewdley’s Simon Rudd finished from Matt Kerby’s centre.

Things went from bad to worse for Spa when Town’s lead was doubled six minutes before the break, Josh Carpenter a man on a mission to bundle his way through to goal before finishing clinically.

After shaking off some rust in the opening half, the visitors brought themselves back into contention and reduced the deficit to one when Jordan Cox found the net on 62 minutes.

Bewdley appeared to move into a higher gear after losing their clean sheet, and twice threatened to extend their lead but for goal-line clearances.

Droitwich did eventually succumb to another goal to confirm defeat, as Carpenter cut through the Spa defence and claimed his second of the afternoon.

While no further friendlies have been arranged yet, the club are still searching for another warm-up before their proposed competitive return at Wyrley on December 26. 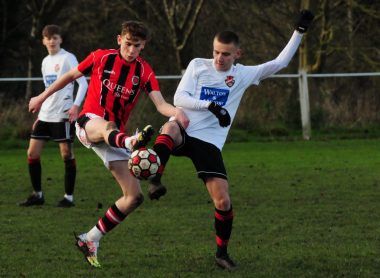 The club’s under-18s were back in Midland Junior Premier League action against fellow high-fliers PS Olympic on Saturday, playing out a 2-2 draw with their unbeaten rivals.

After a lacklustre opening, Morgan Wood’s determined run upfield and resulting pass set free Louis Mitchell to finish off the move with a clinical strike on 43 minutes.

With the quality of play improving after half-time, a stunning volley from Cameron Laing helped Droitwich claim a point after Sam Bowater and Kai Del Kiffin replied for the visitors.

Jamie Wall’s young guns return on Saturday with a trip to Inkberrow Eagles in the U18 Worcestershire County Cup.