A SEVEN-GOAL thriller went the way of Malvern Town as Droitwich Spa lost out 4-3 in their penultimate friendly at the HDAnywhere Community Stadium. 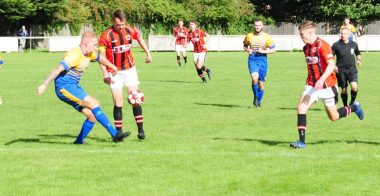 While the Saltmen had the first sight of goal through Jordan Cox, it was hosts Malvern who hit the front with two quickfire goals from Matt Turner.

The goal relighted the visitors’ flame, and they could not have come much closer to levelling than Jack Allerton’s header which struck the woodwork.

But on the hour-mark their endeavour was rewarded, when Collins diverted home after a corner kick was tipped onto the crossbar by Town’s Kieron Blackburn.

Cox then put Spa in front for the first time with a free header inside the box on 67 minutes, an advantage which was wiped out within minutes by Nathan Chowns-Higgs. 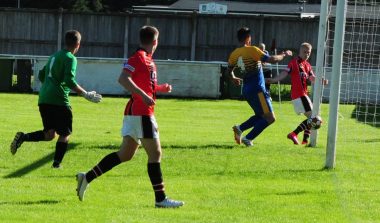 Malvern wrestled back their lead with 14 minutes remaining when Louis Loader picked out the back of the net with a follow-up attempt, a goal which spurred the hosts on to kill off the game.

Droitwich held firm and may have even shared the spoils, had Scott Braiden-Smith made full connection with Cox’s free-kick delivery.

Last Saturday’s meeting with Bewdley Town at Walshes Meadow was a much more straightforward task, with a second-half goal glut giving the Saltmen their second-biggest win of pre-season.

Alex Dugmore’s 15th-minute opener was followed by Collins’ efforts ten minutes later, as the hosts set out their stall for another friendly triumph.

Another from Collins seconds after the restart kick-started the goal show, with Cox and Ollie Thompson adding to the scoreline either side of a Bewdley consolation.

Thompson’s second with four minutes to go signed and sealed a third victory of pre-season, a record Owen’s side hope to extend on Saturday against Sporting Club Inkberrow (3pm).

The two sides have history, with Droitwich running out 2-1 winners thanks to Dan Cottrill’s brace in their Worcestershire County Cup meeting in November 2018.