DROITWICH Spa claimed a title clinching 3-2 win against Gornal Athletic on Wednesday night to all but secure the West Midlands Regional League Division One title.

Scott Braiden-Smith, Connor Collins and Perry Moss were all on target at Walshes Meadow as Spa leapfrogged their opponents in the table having now played all of their scheduled matches.

The game was played in front of a record crowd of 377 spectators as the club now wait to discover the outcome of their postponed match with AFC Bentley which their opponents failed to fulfil.

Should the Saltmen be given the points for the fixture, they will be crowned league champions and secure promotion to step six for the first time in the club’s history.

Below are a selection of images taken by Paul Smith from Spa’s historic victory against Gornal. 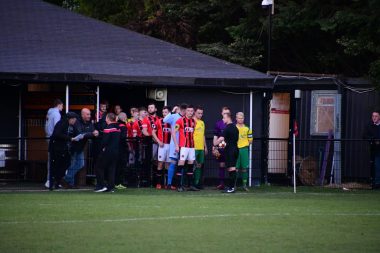 The calm before the storm as the players make their way onto the pitch. 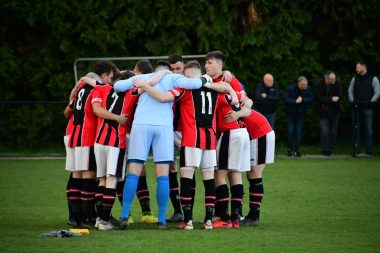 Droitwich make their final preparations in the pre-game huddle. 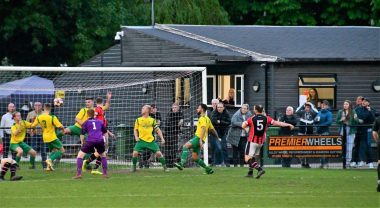 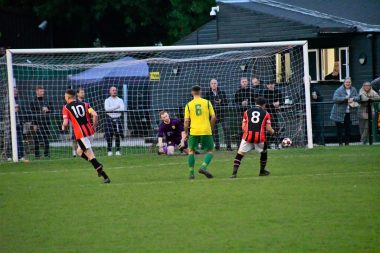 Connor Collins converts from the penalty spot with the final kick of the first half. 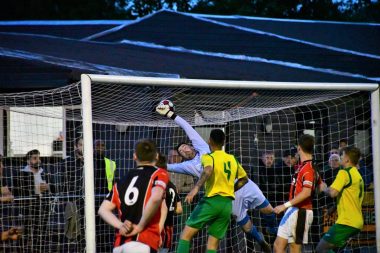 Gornal equalise despite playing with 10-men as the ball goes past a despairing Matt Oliver in the Spa goal. 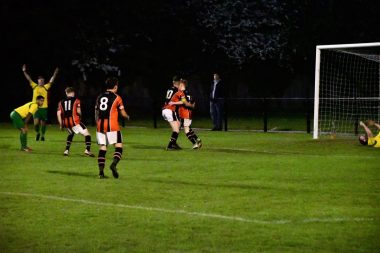 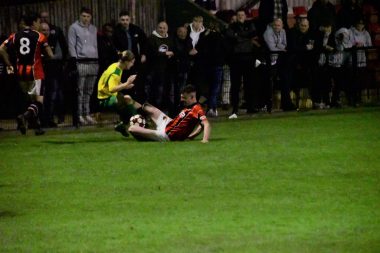 Tackles were flying in all over the pitch in an emotionally charged game. 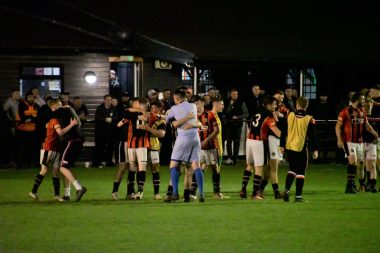 Droitwich celebrate at the final whistle after securing a huge three points which should take them to the title. 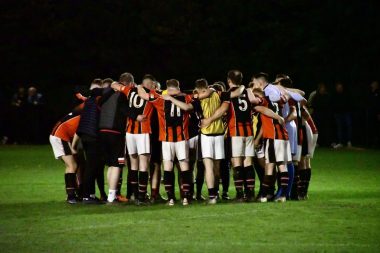 Droitwich staff and players huddle together following the crucial victory.