HALFORDS Yuasa Racing driver Dan Cammish says his team can look forward to the next round of the British Touring Car Championship with confidence after a solid showing at Knockhill in round four last weekend.

The 31-year-old scored points in every round of the meeting up in Fife, Scotland, while teammate Matt Neal top-scored with a fastest time of 51.569 seconds in race one.

Sunday’s result means Dan Cammish trails Drivers’ Championship leader Colin Turkington (182 points) by 57 points on 125 points going into round five at Thruxton between September 19 and 20, while Honda are second on 282 points in the Manufacturers’ rankings – 109 behind BMW.

Cammish says the afternoon ranks as a success for the team, and felt he was worthy of better still on reflection. 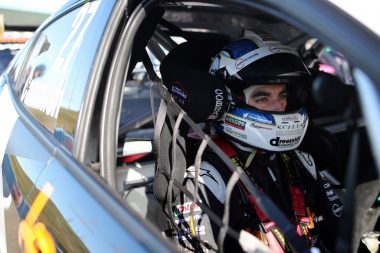 “We were consistent and scored points in every race, and I could have made the podium in race one had I not been knocked wide onto the gravel,” he said.

“I’m now looking forward to going to Thruxton – it’s a good track for us and I took a win there last season.”

There were signs of what was to come based off Saturday’s qualifying results, with Cammish placing fourth and just two-tenths of a second behind Ashley Sutton in pole position.

Neal could consider himself unfortunate to only qualify in ninth, having been in the leading positions until an error sent him crashing into a tyre wall.

A solid start for Cammish in race one culminated in a last-minute assault for third place which momentarily worked in his favour, overtaking Rory Butcher at the hairpin only for a collision with a rival car to send him back into sixth.

Neal finished a place behind in a respectable seventh place considering the overnight maintenance which ensured he was present for race day.

The fortunes of Cammish improved in race two, maintaining sixth position before capitalising on a crash further up the field to claim fourth, pushing Tom Ingram all the way for the final podium spot.

Neal meanwhile had a tumultuous time, being judging to have made a false start which meant he could only finish as high as 15th.

In the third and final race, a red flag after the opening lap slowed momentum for the pair, though Cammish managed to rise to sixth from his starting position of eighth on the grid, while Neal made up three places to rank 12th.

Having suffered from a rollercoaster of emotions over the weekend, Neal is also of the opinion that better fortunes lie in store in two weeks time. 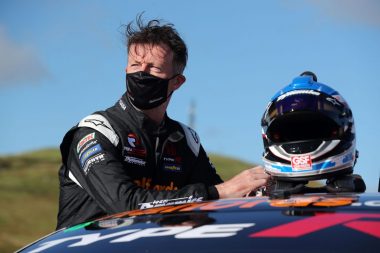 “The Halfords Yuasa guys did a great job to rebuild the car overnight and it felt great today,” he said.

“Obviously race 2 was disappointing, I was penalised for being marginally out of position on the grid, which was especially frustrating as it’s so difficult to overtake around here if someone drives a tight line.”

“Still, points finishes in all three races for both cars is a good record, and now we go on to Thruxton where we always run well.”