NEW Head of Women’s Cricket at Droitwich Spa, Kirsty Watson, is confident about the new season ahead – with pre-season preparations officially getting underway this week.

Spa return to their St Peter’s Fields home on Thursday to begin training for the first time since lockdown restrictions were eased on Monday, kickstarting what could well be a promising campaign for all involved with the women’s first team.

With the prospect of a full programme ahead in 2021/22, Droitwich have appointed Watson to continue building the women’s and girls’ sections at the club.

In addition, the first XI will begin playing in the Worcestershire Cricket League this term, with plans of progressing to a higher level once the foundations have been set in the next few years.

To help with this vision, Droitwich are promoting their new softball membership for women – available for a fee of just £20 – in the hope of attracting both experienced players and novices to the game to try their hand at softball cricket.

Watson feels the softball version of the sport is the perfect introduction to begin playing the game at a higher proficiency, speaking from her own experience, and said: “I want to encourage more women to get involved with the game for the first time. 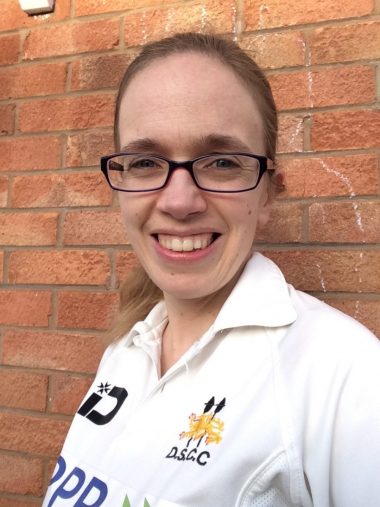 Kirsty Watson is fronting Spa’s focus on developing the women’s and girls’ sections of the club.

“Softball cricket is a great way of doing that as it’s far more relaxed, doesn’t require expensive kit and is a great way to meet new people and get exercise.

“Simultaneously, I want to develop our existing girls and push them to succeed at the highest levels and, with this in mind, we have entered the performance division of Worcestershire Cricket League’s development league this season with an ambition to eventually join the Women’s Midlands League.

“There is an exciting season ahead with much happening on and off the pitch.

“We already have junior girls teams at Under 11s, Under 13s and Under 15s, and are working through a seven-year plan to ensure women and girls are well represented throughout the club.

“One of the next targets is to recruit more female coaches to be inspiring role models for the girls in our junior teams, but also to attract a dedicated women’s sponsor to support our ambitious plans.”

Players interested in trying their hand at the sport are invited to attend training sessions every Thursday at St Peter’s Fields between 6pm and 7pm, with any queries to be directed to womenandgirls@droitwichspacc.co.uk