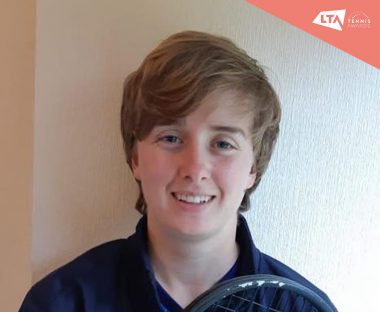 Lucy Sanders has been selfless in promoting tennis in the Droitwich area.

THE GENEROSITY of a Droitwich coach has been recognised with her nomination for the Development Coach of the Year award by the Herefordshire and Worcestershire LTA.

Lucy Sanders, who launched and then began to host community tennis sessions – in conjunction with Droitwich Tennis in the Lido Park – is in the running for the prestigious award as a result of her efforts to coach both young up and coming tennis prospects and older players.

The programme has provided locals in the town and neighbouring areas with greater means of access to the sport they love, regardless of the lack of clubhouse facilities and floodlights on the public courts.

It was after the first lockdown in which Sanders began to bring her grand vision to fruition – putting on regular sessions for over 30 young players every weekend.

With equipment also provided to all participants, the hard work did not end there, with regular sanitisation of rackets, nets and balls – in addition to social distancing precautions being taken – making the selfless nature of Lucy’s dedication to community tennis even more admirable.

While volunteers now aid Sanders in hosting the sessions – which are currently on hold due to the ongoing national lockdown – the award nomination will at least put another spring in the step of the level four coach when play is once again permitted in the Lido Park.