Cammish "proud" of team effort despite heartache in 2020 finale 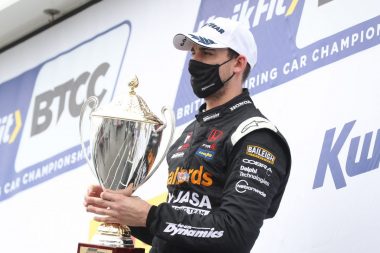 A THIRD-PLACE finish in this year’s British Touring Car Championship ranks as a resounding success, according to Honda driver Dan Cammish.

Despite winning the opening race, third and fourth-placed finishes were not enough for Cammish to jump to the top of the drivers’ rankings, while team-mate Matt Neal ended the season in 11th overall after placing seventh, 16th and 14th in Sunday’s finale.

With the delayed season finally coming to an end, Cammish has assessed the 2020 campaign as another year of progress on all fronts.

“On the whole we’ve been really great this season,” he said.

“We’ve had more race wins and two pole positions, we’ve come so close to the title and to be best front-wheel-drive car in the championship for the second successive year is some accolade.

“The team has given me a car that was always on the money, I’m proud of the whole team and I’m going home with my head held high, I’m just happy to be involved in this success.”

There was a 25-point deficit for Cammish to overcome going into the weekend, with then-leader Turkington leading the way ahead of a three-round weekend.

And despite both Halfords Yuasa Racing drivers suffering some shaky moments in qualifying, during which Cammish and Neal placed fourth and seventh respectively, an assured drive from the former in race one put him in good stead to claim valuable points in his quest for the Drivers’ Championship title.

Rising four places to third in torrential conditions, Cammish continued his assault on the leading drivers when overtaking Sutton into second.

While a safety car period stunted momentum, he was able to drift past Tom Ingram to take the lead on lap 13 – one which he would not relinquish.

The win took him into second place in the rankings and within 13 points of Sutton, though the drying of the track prior to race two meant last-minute tyre changes were a necessity.

Perhaps the different tyre set-ups were at fault for the chaotic race that followed, with Cammish and Neal both struggling to maintain the high standards shown in the opening contest.

Sutton was fast out of the blocks and saw off the attentions of his nearest challenger, with Cammish’s eventual fourth-place finish upgraded to third after Turkington was deemed to have unfairly claimed the final podium place unfairly at the race end.

Regardless, the result and win for Sutton effectively ended Halfords Yuasa Racing’s hopes of taking the title with a 20-point deficit for Cammish to claw back in race three with only 22 points available.

Fortunes did not seem to be going the way of the Leeds native in his title charge, as a downpour prior to the race start once again forced a tyre adjustment for the wet surface that lay in wait for the pack of 27 drivers.

Starting in ninth place on the grid, he battled his way up through the rankings and narrowly missed out on an 11th and final podium appearance of the season. 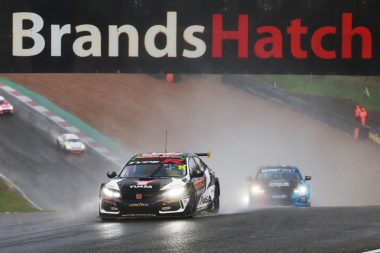 While it was Sutton celebrating a Championship win, the efforts of Cammish and Neal at least earned Honda manufacturers awards in each of Sunday’s races.

It is another season of progress for Halfords Yuasa Racing, but another case of so near, yet so far for the team after missing out on the Drivers’ Championship in the final race of the campaign for a second year running.

Those sentiments were reflected by Neal, who felt aggrieved not to have seen his teammate claim individual glory.

“The weather delivered the curve balls we need to upset the hierarchy but I wish I could have supported Dan a bit better,” said the 53-year-old.

“It was what might have been – we were still best front-wheel-drive car in the championship, and we couldn’t have asked any more of Dan.”

While both racers enjoy the downtime after a challenging 2020 season, the 2021 campaign is already on the horizon – with a start date of April 4 set.