A MAN who visited his 88-year-old mum in Droitwich last week was that wowed by the town’s beauty he captured it in photographs and video.

Dave Thompson had journeyed to the Spa from near Macclesfield in Cheshire.

Lockdown had been difficult because he was unable to see Anne and she had been in hospital several times.

She was over the moon when he turned up on her doorstep.

On his way back up north he stopped off at the Droitwich Canal in Vines Park and, remembering he had his camera in the boot of the car, decided to capture the ornate scene which greeted him, 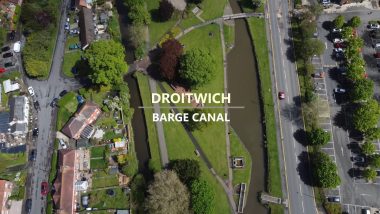 He said: “The sun was shining and area just looked so wonderful.

“So I took some footage of the canal and not just from the ground but aerial footage too.”

Dave, who lives on a narrowboat on the Macclesfield canal and was a Canal and River Trust fund-raiser until he was furloughed, has his own vlog (video blog) where he shares the joys of living on the waterways.

He said: “Our canals are a great place to exercise, chillout, feel good and clear our busy minds.

“I went back to mothers after filming to take some quick shots of her and she even appears in the latest episode too.” 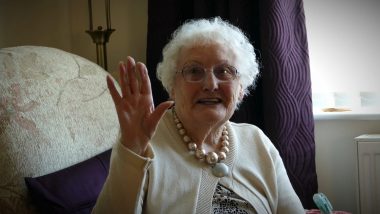 He contacted the Standard as he thought readers would be interested in the perspective of an impressed visitor to the town.

Dave, whose vessel is called ‘Narrowboat isness’, is following in the footsteps of his brother Peter Simon (Simon being his stage name) – an ex-children’s TV presenter who fronted Run the Risk and Double Dare and now presents on Ideal World.

“Mum’s so proud – she’s doing the best she can and has some wonderful neighbours who we are grateful too for helping mum during lockdown.

“Droitwich is a beautiful place and I am so pleased to be able to share it on my vlog.”