THE MOTORCYCLIST who died in a crash in Droitwich on Sunday night has been confirmed as Matthew Lee.

A Hereford and Worcester Fire and Rescue Service spokesperson said: “We can confirm that tragically a male firefighter returning home died following an RTC on the evening of February 6 near Droitwich.

“We send our condolences to his family to whom we are giving every possible support.

“Further details of the incident and investigation of the cause of the RTC are a matter for the police.” 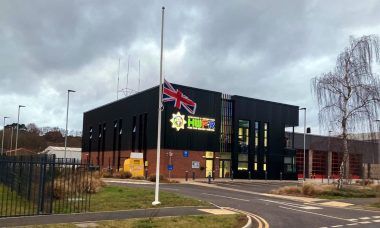 The Union Flag is flying at half-mast outside Wyre Forest Fire Station in tribute to Mr Lee.

The collision between Mr Lee’s Sinnis Apache motorbike and a car happened around 7.10pm on the A38 Roman Way near George Baylis Road.

Police say the motorbike exited a layby and collided with an Audi A1. It is believed the motorcycle was travelling in the wrong direction at the time of the incident.

Mr Lee – who was 35 – sustained serious injuries and was taken to Queen Elizabeth Hospital in Birmingham where sadly he later died. 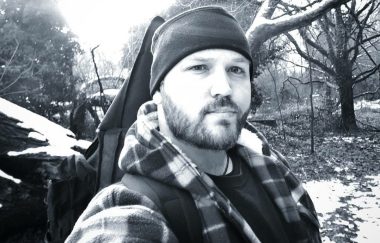 When crews arrived at the scene they found Mr Lee in a critical condition and a bystander who had already started CPR.

Mr Lee – who was 35 – sustained serious injuries and was taken to Queen Elizabeth Hospital in Birmingham where sadly he later died.

West Mercia Police have launched an appeal to ascertain exactly what happened.

Officers would like to hear from anyone who was travelling on the A38 at the time and may have witnessed the incident or have dash-cam footage which may have captured it.

Sgt Mounter said: “I’d like to thank the public for their efforts to help the motorcyclist immediately after the collision, particularly those who performed CPR on him.

“It was a particularly difficult incident and we appreciated the patience and understand of the public at the scene while officers collated evidence and began investigations.”

Anyone with information or footage should visit https://www.westmercia.police.uk/tua/tell-us-about/ or call 101.