MEMBERS of SPArkles WI in Droitwich have been spreading some love for the environment for Valentine’s Day by making green hearts, writes Ryan Smith.

The women made the green hearts and bunting last Thursday evening as part of their climate change campaign which intends to raise awareness of the issue within the local community. 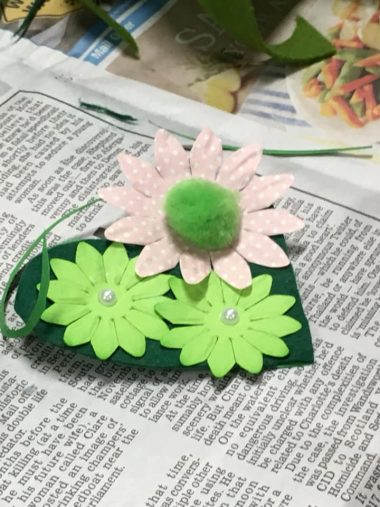 As well as giving them away to local residents, including the manager of Gymnophobics Droitwich Carol Thompson, they also shared information and ideas on climate change at a meeting on Monday.

Last Valentine’s Day the green hearts campaign became a nationwide movement which resulted in Prime Minister Theresa May getting involved.

“I’m delighted that town businesses and the library are supporting and wearing the green heart with pride.”