RESIDENTS gathered by the war memorial in Droitwich’s Victoria Square on Saturday for a special parade and service to mark the 75th anniversary of the D-Day Landings.

Representatives from the Royal British Legion and the group’s standards were present, along with a number of veterans and Mayor of Droitwich Spa Coun Bill Moy. 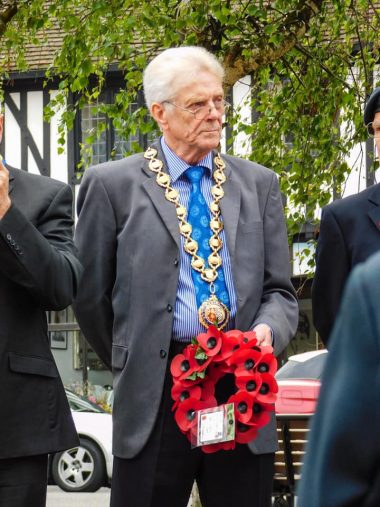 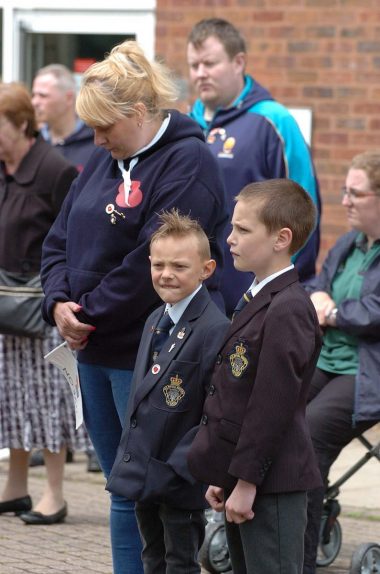 After prayers and readings, the Last Post was played, a two-minute silence held and wreaths laid at the memorial.

The Mayor told The Standard: “We managed to get a gap in the rain for the service which was well-attended.

“The prayer and reading from Coun Humphries was superb.

“It was a very lovely and moving occasion.” 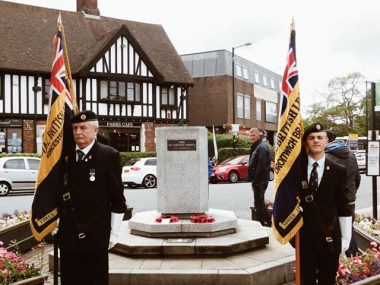 Operation Overlord – commonly known as the ‘D-Day Landings’ – took place on June 6, 1944, and is still the largest ever seaborne invasion in military history.

Acting on a year’s worth of intelligence gathered from a variety of different sources, thousands of troops from Great Britain, Canada, America and Australia travelled across the English Channel to liberate France from Nazi control. 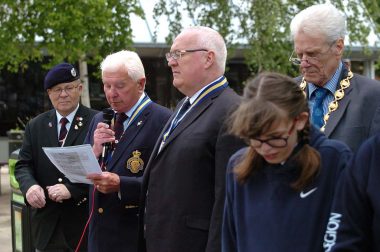 It laid the foundations for the Allied victory on the Western Front.