Family festivals make a great day out... top tips and where to go - The Droitwich Standard

Family festivals make a great day out... top tips and where to go

There’s nothing better than taking the family to a big summer event.

Listening to live music with a cold drink in hand, kids dancing along to the beat and the smell of food stalls wafting through the air – family festivals always make a great day out.

We’ve missed them enormously over the past couple of summers, and this year, they’re back with a bang. But before the rose-tinted specs form images of all the good times, it’s important to remember that taking kids camping for a weekend and trying to negotiate seeing and doing things every family member wants, is not always easy. 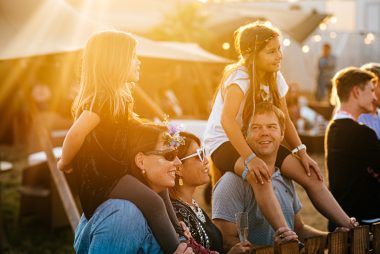 For music fans, you’re spoilt for choice. Location-wise, Kendal Calling (July 28-31) deserves the first shout out, set in a deer park in the stunning Lake District. Great names return time and again, with Supergrass, Stereophonics and Bastille the big headliners this year. Craft workshops, circus skills and face painting is on hand at the Kids Calling area, and there’s even an inflatable ball pool for under-threes. Though reception has previously been a challenge, due to the remote location (which can prove troublesome if kids get lost) Vodafone is utilising its 5G network to keep families connected, as well as offering customers extra perks on site through its VeryMe rewards programme.

Also in July (21-24), is the Solihull Summer Fest at Tudor Grange Park.  Solihull’s Open Air Cinema presents ROCKET MAN! on the Friday. Not only will they be playing the smash hit film, but they will also be joined by a tribute to the icon himself, Elton John. Ibiza meets Solihull on the Saturday with Ibiza Proms in the Park. The big weekend starts in style with the incredible journey of some of Ibiza’s most iconic anthems, performed by the Secret Symphony 50-piece orchestra, vocalists and Heritage DJs. Then over the weekend the actual festival starts with a bang, with live performances from Shaggy, Sister Sledge, Boyzlife, Shalamar, Billy Ocean, Belinda Carlisle, Kool & The Gang, Bad Manners and more. 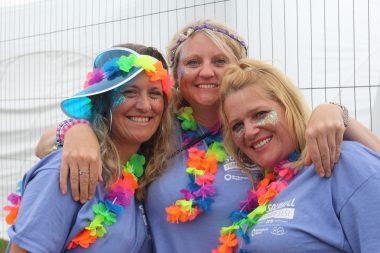 Also in July (21-24), at the amazing Jodrell Bank Observatory in Cheshire, is the Bluedot Festival, which has huge appeal for space fans. See real life astronaut Tim Peake, learn some skills at Jedi Lightsaber Training and have a family rave at the Big Fish Little Fish’s Cosmic Disco – it’s set to be a whole world of fun.

After 17 years, 2022 will be Cornbury‘s very last festival, taking place on July 8-10. With Bryan Adams, James Blunt and Ronan Keating heading up the bill, kids can get involved with samba drumming, weaving willow, batik and screen printing and revelling in the array of family shows and activities. Set in the Great Tew Park in Oxfordshire, try becoming a ‘Corner’ before it’s too late.

Mention ‘family festival’ and the first one most people will think of is Camp Bestival. Epic in every way, after 14 years in Dorset (also taking place this year from July 28-31), a brand new Shropshire location is opening up. Happening later in the summer (August 18-21), Camp Bestival gets the mix of adult-child fun just right, with FatBoy Slim, Rag ‘n’ Bone Man and Shed Seven lined up alongside Horrible Histories, Mister Maker and (foam) axe throwing. 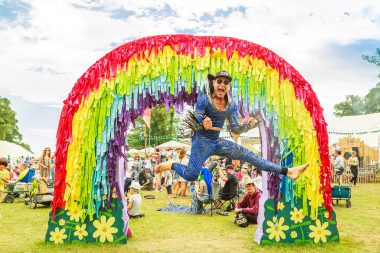 Derbyshire’s Y Not Festival has a great mix of music and fun with games, magic shows and dance-offs happening alongside performances from Stereophonics, Courteeners and Blossoms, from July 28-31.

Victorious is another festival which always guarantees great music – Sam Fender, Paolo Nutini and James are playing in the Southsea coastal location this year (August 26-28), while the Kids Arena has its own stage, beach, and meet and greets going on.

The Big Feastival is a renowned weekend escape, with the lure of lovely food from top-name chefs, as well as The Human League and Anne-Marie on the big stage, and den building, tree climbing and Aardman Animations, all taking place in the Cotswolds over August 26-28.

The Sunshine Festival in Upton upon Seven is over August Bank Holiday (August 26-29) and like the name suggests always seems to be bright and sunny (hope I haven’t jinxed the weather now for this year). On the main stage bands such as Squeeze, Human League and Level 42 will be getting the crowd going. 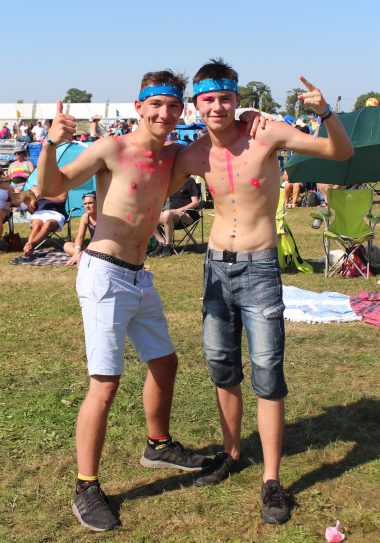 Boys having fun at the Sunshine Festival in Upton upon Severn. Photo credit: Bullivant Media

And finally, for a real outdoorsy affair, the Gone Wild Festival in Devon (August 25-28) promises to let kids push their parents down a 50m mud slide, learn new survival skills then dance the night away to the likes of The Script, which sounds like a weekend well spent.

You’re camping with kids and will need a lot of stuff. Write a huge packing list and stick to it.

You might really want to see the headline act, but if the kids are drooping and need to head back to the tent, put them first – otherwise you would only regret it.

Take a trolley (if it’s permitted, so do check)

Sturdy trolleys are great for carting your stuff into the festival, and then they’re great for carting little kids around in. Set up a bed with comfy cushions and duvets, and you might just get away with partying until the small hours while your weeny ones sleep. 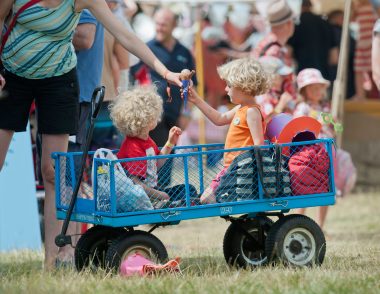 Generic photo of kids at a festival. Picture credit: Alamy/PA.

You might have a rigid bath and bed routine at home, but you’re choosing to take your kids to a festival. Relax the rules, or you’ll all end up stressed.

Make sure your phone number is written on a wristband worn by your child. That way, if they get lost, you will be found.

You may be looking forward to cooking up a storm for everyone around the tent using your new camping stove. Sometimes, this works out and it’s wonderful – other times, the delicious food stalls make a brilliant back-up.

Pack for all weather

It might rain, so take wellies and a raincoat. It might be scorching hot, so make sure you have enough T-shirts, hats, sunnies and sun cream. Pack for all eventualities to make life easy. And investing in waterproof all-in-one suits for little ones means you don’t have to worry if they get messy or muddy, and they add an extra layer of warmth for the evening.

For festival tips everyone needs to read – from someone who’s been going to Glastonbury for 25 years click here. 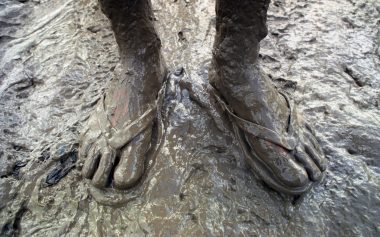 How gardeners can help wildlife through summer and beyond

Give your home an energy MOT with new online advice service